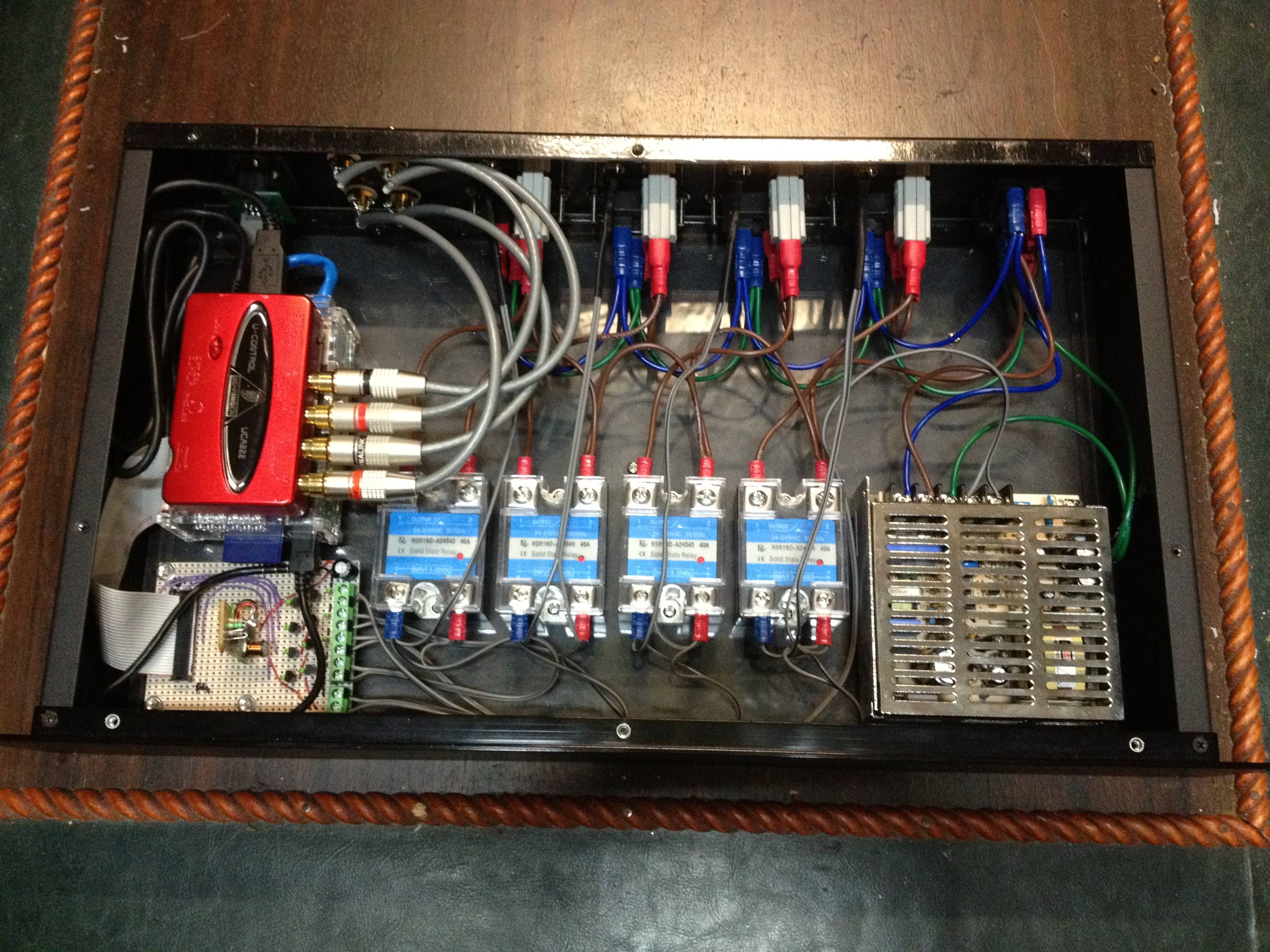 Systems that are difficult to operate can be ok for skilled technicians, but the sound system was also serving tunes for the hackerspace on a daily basis; Some people were intimidated by it and didn’t use it, other people would refuse to ask for help and damage the equipment. 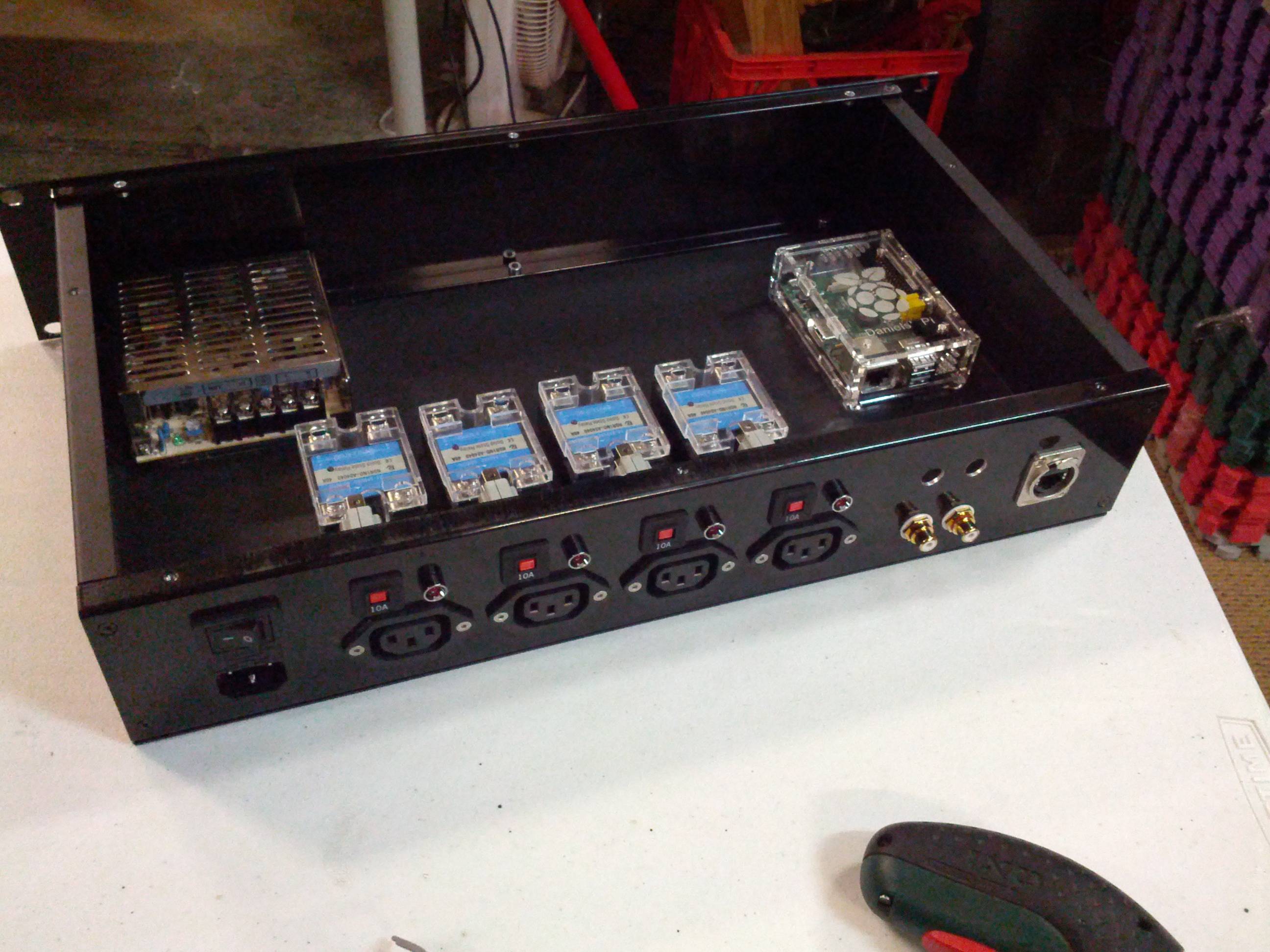 We put a Raspberry Pi V1 and a USB sound card in a rack case along with a bank of Solid State Relays.
The Raspberry Pi served Music Player Daemon, pulling tunes from the network storage, and ran a bash script to monitor /proc/asound/ pcm output status.
When audio data flowed through the sound card from any source, a bash script would sequence the relays to safely bring up the sound system, and sequence the system safely down again after audio data had stopped.

The hackerspace tunes acquired some taste and variety, and people stopped blowing up speakers.