The Polyplasmic Archophone was a running joke in “why not” at the Artifactory from 2009 to somewhere in 2011.

It all started when SkoT decreed that the fledgling hackerspace needed a thing in the corner that went Zap! - For ambiance. He bought a Jaycar Jacob’s ladder kit, and gave it to me to set up. About thirty seconds after we got it running, we had it apart again to break into it with an arduino playing a tune. SkoT saw immediately that it needed more voices.

A few months later, we had a custom IGBT and oscillator breakout board, a dozen Holden V6 ignition coils, a midi library and a lot of power. It went through several interstate tours and case rebuilds before it was retired. 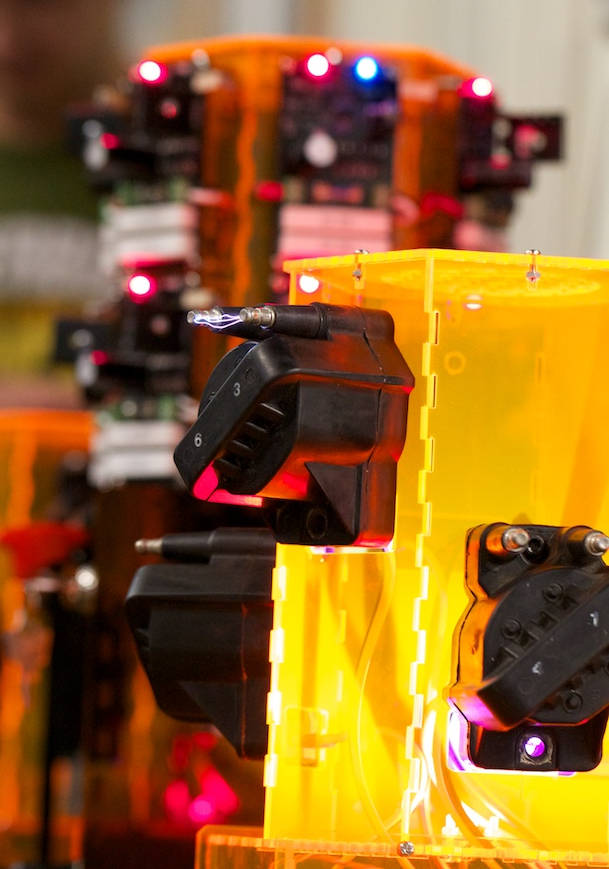 The noises it made could be described as “harsh”. It reeked of ozone and was the cause of at least one nose bleed from extended exposure. An Arduino Mega running 12-voice midi synth could control pulse frequency and duty cycle on all twelve channels at once. Key-Coil mappings were selected for thermal load leveling at run time.